Before the Baby Arrived

Before the baby arrived, I had planned to update on farm life here, but blogger was being a pain. Today I plan to update.

We got 3 new piglets. We still have 2 large pigs that will be processed soon, but I was able to get 3 babies this fall as well.

Because we did not want the babies in with the larger, forested pigs we set up a new area and fenced it with three strands of electric wire.

Apparently this was not enough fencing for these little guys as they were escaping constantly. I would wake in the morning and find them scattered across the pasture. We finally locked them up in this dog kennel until we could secure more fencing. 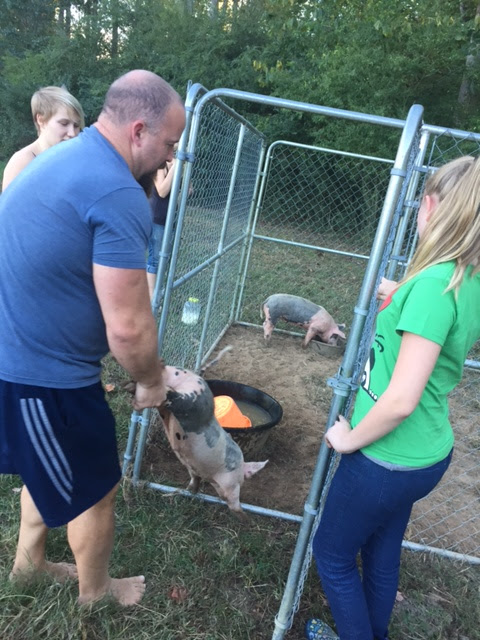 Devin ultimately used barbed wire and more strands. It is working so far. They will stay in this area until the big pigs are processed, then I will move them into the forested area. 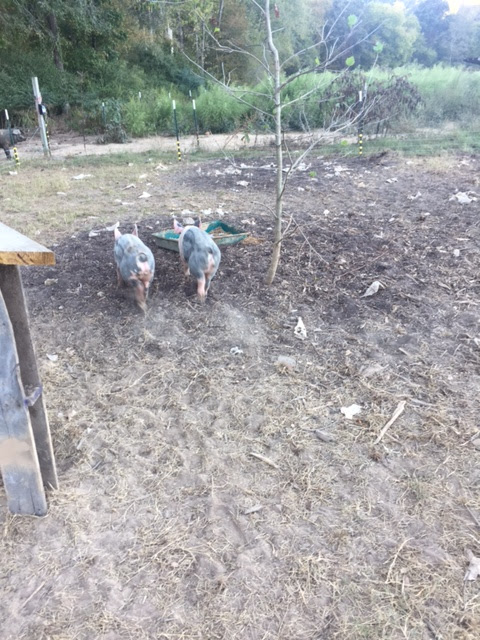 Loading up these guys from the kennel and transporting them across to their new paddock was lots of fun, i.e. pigs are really great at squealing!! 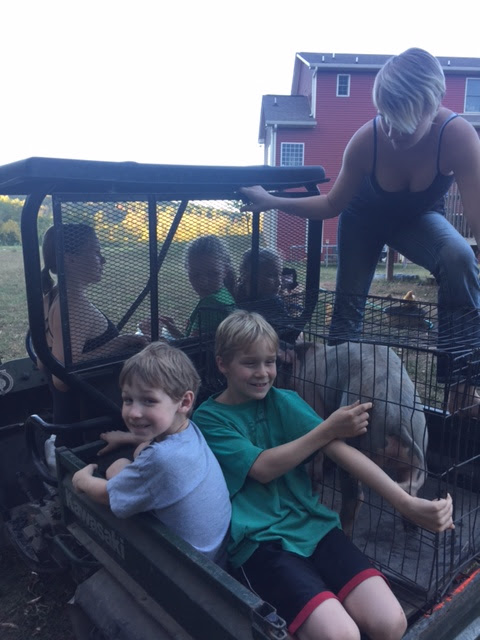 We are fortunate that they love Willow and they love milk, and this makes moving them even easier. 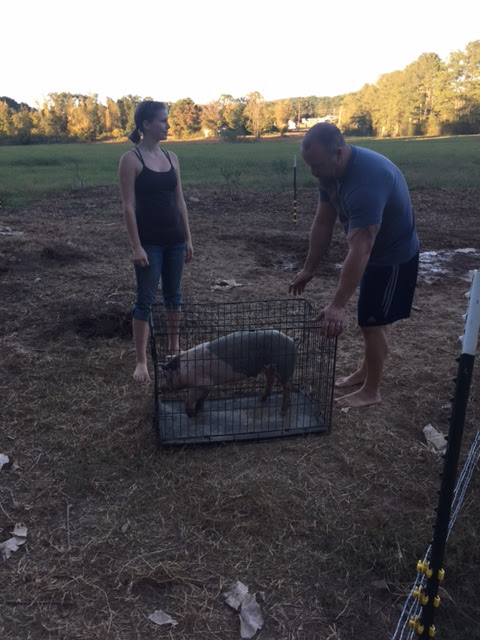 We no sooner got the piglet challenge conquered when my bulldog Duke suddenly fell ill. We came home one evening from eating out when we noticed he could barely walk. We initially thought his leg was hurt.

The next morning he could not get up without howling in pain. It was his back. We carefully loaded him up and headed for the vet. 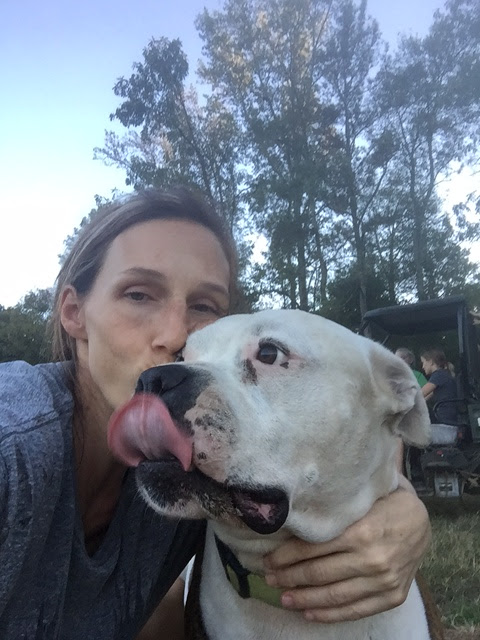 A few x rays revealed that he had a possible slipped disc. It is difficult to see slipped discs on an x ray, but there were no other findings that would cause the pain. The doctor gave him a steroid shot and we left the office with more steroids and some pain pills. He was noticeably better the next day and has improved since. He is still stiff jointed in the morning, but he is getting quite old for his breed. We are hoping he remains mobile and healthy.

There are weeks when it always seems like "something" is happening....that's life and that's agriculture.  I am hoping for boring weeks for the remainder of the year :-)

Posted by Sam I Am at 9:29 AM No comments: Links to this post

Wednesday, Oct 19th, this little boy finally made his entrance earth side.

5 days past my due date, which is a rarity for me. 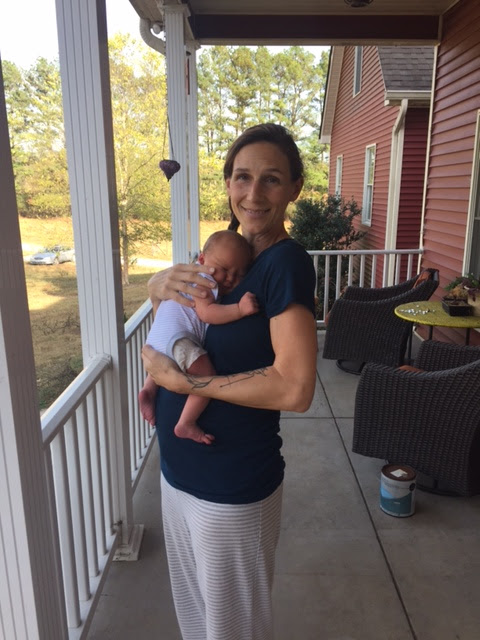 I knew he would be a good sized baby, but I didn't expect a 10 pounder. 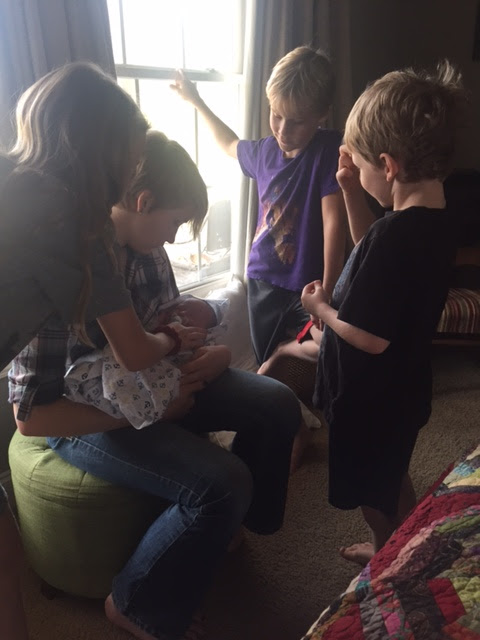 Labor started in the late of night and lasted only 5 hours. It was, for me, a quick labor. The 4 oldest girls were in attendance, seeing what a normal birth is and seeing how much work the midwives do at a home birth. 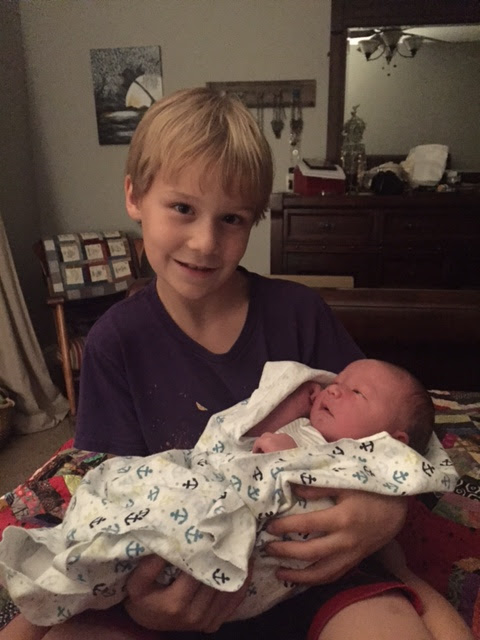 There has been no shortage of people willing to hold this little guy. 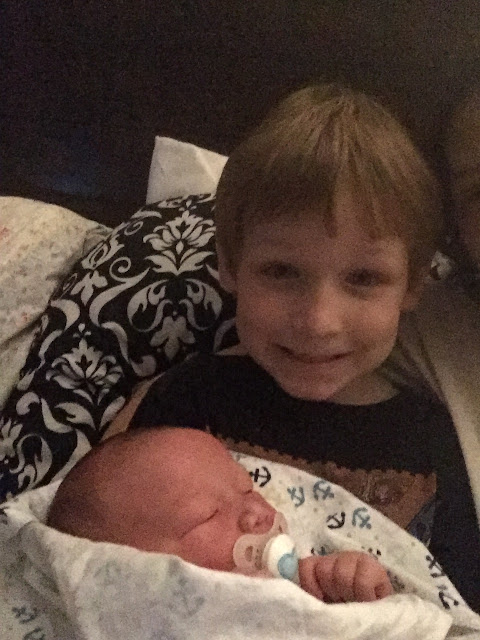 To say he hit the jack pot family is an under statement. 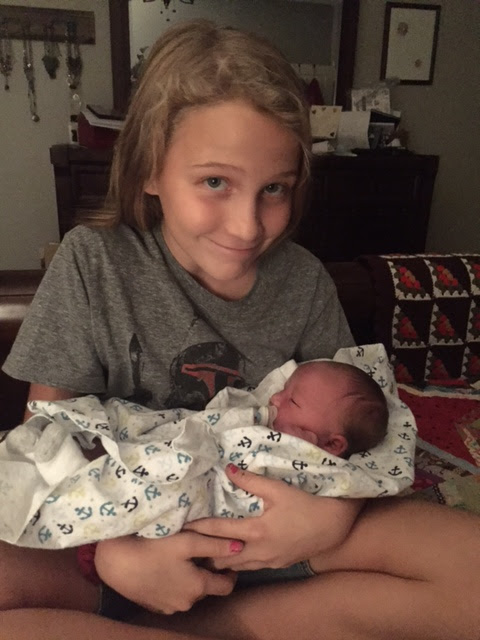 Devin is home and off work for a stretch, so I have been resting, recovering and enjoying this new little earthling. 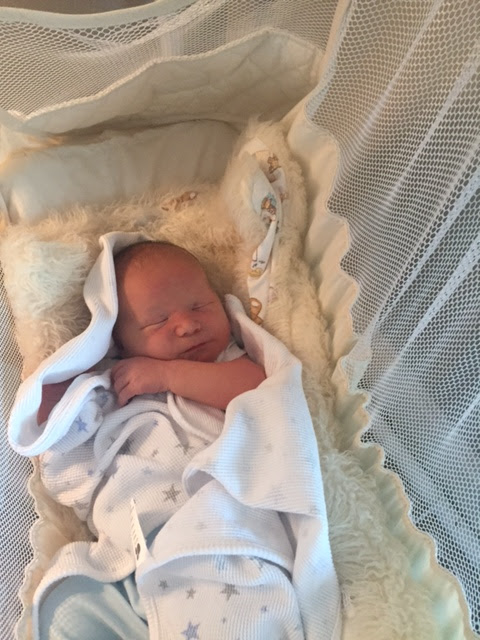 Who does he look like? It's hard to tell at this stage, but I see a little of Fletcher in him and his eyes are already quite blue. 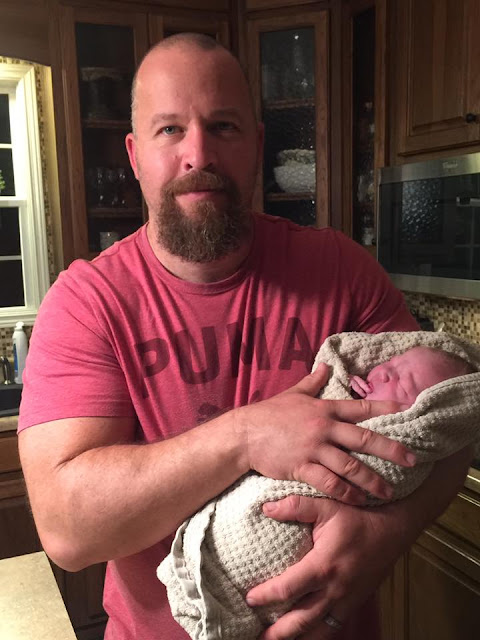 Already I cannot imagine him not being here in our family. To say we are quite lucky and blessed is an under statement.
We truly love this baby with all our hearts. 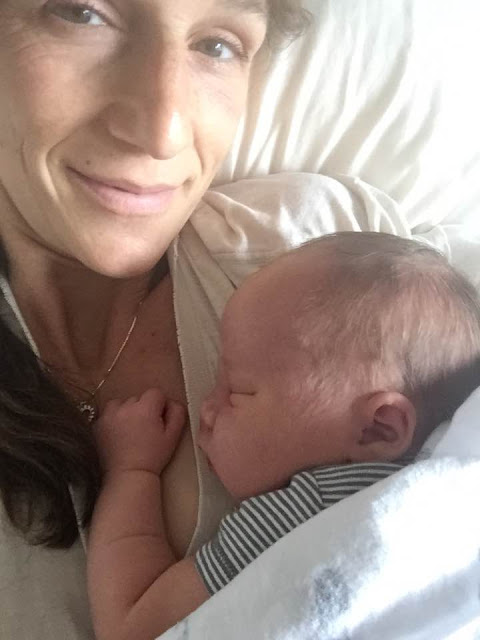 Thank you for all of the kind words and prayers on Facebook and through emails. 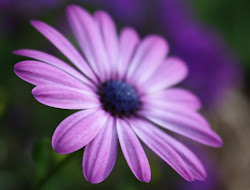